Trendy Mami
Home Parenthood 7 Things I Said Before Having Kids vs. the Reality of What...

When you’re single or without kids, it’s so easy to hear about a couple that’s divorcing and think, “When my time comes, that will never happen to me” or to walk past a screaming child in the middle of the mall and say, “When I have a kid, they are going to know how to act in public.”

Then, once the reality check personally comes to your own house, you find yourself throwing up the surrender flag and admitting that 1) some things you will never fully understand until it personally happens to you and 2) two of the hardest things you will EVER have to do is maintain a marriage and raise kids without losing your entire mind!

In the spirit of recognizing these very points, here are some of the things you may have said before you had some of your own children. Then, once you had them, you had to do a complete about-face as far as your perspective and expectations are concerned.

“My sex life is not going to change.”

When you were a newlywed, sex four times a day, sometimes on the kitchen floor, was something you didn’t think twice about. Then you got pregnant for the first time and, well, things started to shift a bit.

While the first trimester (or second) trimester of your pregnancy had your libido having you hanging from the chandeliers, once your baby was born? Between your hormones being all over the place, your baby keeping you up all hours of the night and you trying to figure out how your breasts are going to please your partner and your baby semi-simultaneously—honestly, it just seemed sexier to go to bed to go to sleep than for any other reason. (We won’t even get started on what happened when multiple kids got into the mix!)

You still think sex is a beautiful thing. It’s what got your bundles of joy here in the first place. But if someone were to ask you what you thought wouldn’t change before becoming a parent that probably changed the most, your sex life would probably be it. 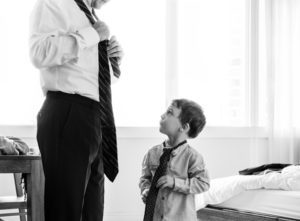 “I’m not gonna do the things my parents did.”

What our parents teach us and model to us are the foundation of our very being. That’s why, if you experienced some sort of abuse during your childhood, it really is a good idea to see a therapist to work through those issues before conceiving.

But what we’re talking about here are the things that your parents did that weren’t wrong, just super-annoying. You know—not letting you watch more than an hour of television each night, not letting you have dessert before dinner, not always giving you the freedom to pick out your clothes for school (because sometimes, you were looking CRA-ZY).

Now, here come your kids, trying to get away with what you did and now here you are, sounding just like your mother or father. Anyone who says that they don’t bring the spirit of their parents into their parents are lying—to themselves, more than anyone else. 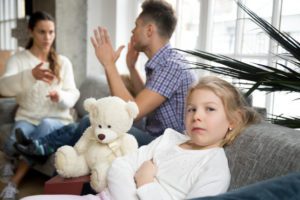 “People who get frustrated simply don’t have enough patience.”

Uh-huh. It’s pretty easy to not lose your cool with a kid that’s throwing a temper tantrum in a restaurant or who’s completely fascinated with your hair on an airplane (no matter how much you try and “shew” them away). These kinds of annoyances only last for a few hours, tops. Yeah, but once you take that home with you and there are moments throughout almost every day, for years on end, when these things happen, you’re only human to lose it every once in a while.

Shhh…if you’re quiet enough, you can hear a chorus of parents counting from 1-10 on your block, just so that they can remain calm, to prove our point. 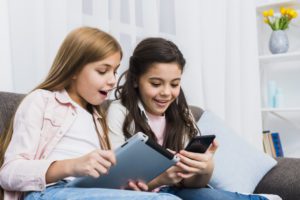 “I don’t get why parents rely on electronic devices so much.”

Just like it’s pretty easy to romanticize relationships, it’s also not that difficult to do the same thing when it comes to parenting. Before having a kid, a lot of us said completely delusional things like “I’m not going to let my child watch television before they are five” or “They aren’t even going to know what a cell phone is until at least the first grade.”

What really happened is they were able to master the remote control and our iPhone better than we could before they were able to speak complete sentences. It’s not because we want electronic devices to “raise our kids”. It’s because they’re very much a part of our world. (Plus, it’s a good distraction while we’re trying to make dinner or watch one of our own favorite television programs!) 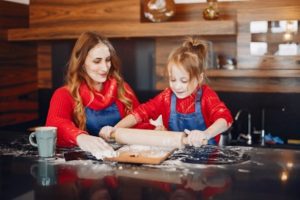 “They are always going to eat healthy, no matter what.”

In a perfect world, mothers would breastfeed until their child is two and no kid would know what a drive thru even looked like until they could drive through it themselves. But between hectic schedules and sometimes simply needing to take a break, this isn’t even close to being the case. Sometimes mom has to stop breastfeeding earlier than she planned and sometimes a burger and fries is what needs to be the cuisine so that everyone can get to bed (relatively) on time.

If this is the point you can relate to the most, don’t feel guilty. Your children are still safe and well—even with (non-soy) formula and dinner that comes in a thin paper bag from time to time. 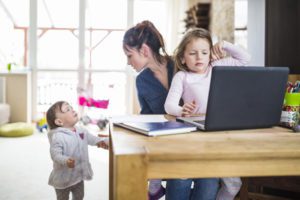 “I’m always gonna be honest and forthcoming with my children.”

We raise our children with the motto “honesty is the best policy” but if you Google “parents lying to their children”, you might be amazed, just how many links pop up (like this one, for starters). No matter how many rationales we may have for doing it (i.e., protecting them or it’s none of their business), kids are pretty perceptive. They pick up our cues more than we think.

This is a good thing to keep in mind the next time you get ready to tell your child a half-truth or “little lie”. Be careful. Lies have a way of snowballing. No doubt about it. 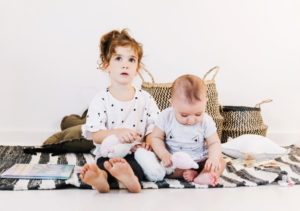 Not too long ago, Parents published “I’m a Mom of Four, but Having One Kid Is Harder Than Any Other Number of Children”. Basically, it talked about how making the transition from no kids to a child at all is what rocked a particular mom’s world. We totally get that, but we also remember when, before having any kids, we’d see children playing on the playground and declared to anyone who was willing to listen that we could see ourselves having a houseful of children, easily, someday.

Then the first and second one came. We saw what they personally did to our bank account and lack of personal time and realized, “Yeaaaaah, we might be good with the ones we already have.” Then we sent our grandma a $50 check, just to let her know how in awe we are that she was able to manage seven kids and not end up in an insane asylum!

Thinking about having kids vs. actually doing it? Nothing changes reality more than that.

Planning on having a kids soon? Need some pointers on what you should be eating during pregnancy? Or perhaps, how to get rid of stretch marks after pregnancy? Go check them out!? 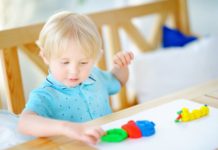 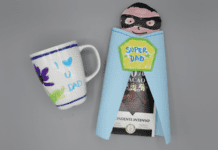 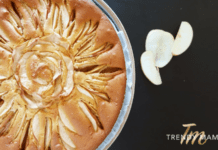