Trendy Mami
Home LifeStyle This Christmas, How About Hanging Some Adorable Homemade Felt Ornaments on Your... 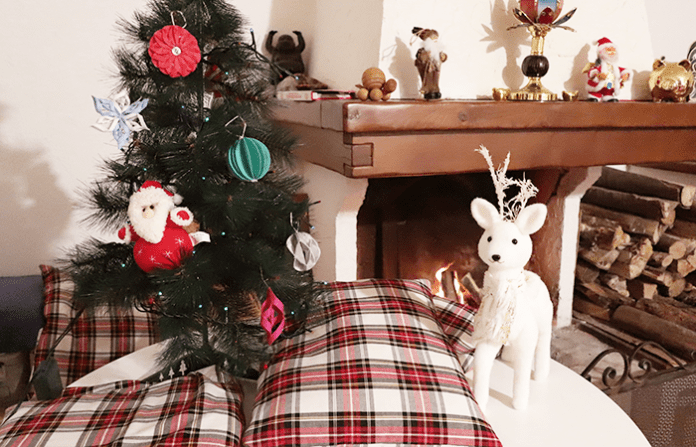 There are so many different things to love about the holiday season. And, if your household is like most of the ones across the globe, probably what goes on your Top 5 is spending quality time with your kids making decorations for the house; especially ones for the tree. Strings of popcorn, hand-painted baubles and, of course, ornaments that you can easily make out of fabric.

Although Christmas is days away (can you believe it?!), you’ve still got some time to create a few memories—in the form of felt ornaments—to add to your Christmas tree this year.

All you need to do is take a quick trip to a local arts and crafts store, warm up some hot cocoa, put on a favorite Christmas movie, read our instructions (of course) and you’re all set! Starting off with everything you will need: 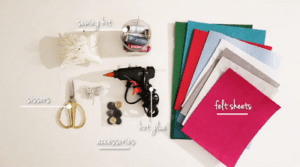 Oh and don’t forget to scroll down and check out our video tutorial at the end of the article! 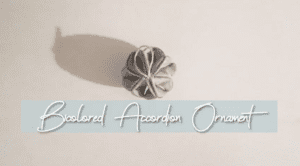 Step One: First, I cut out six circles (of the same size) from two different colors of felt (which should be 12 total) and layer the disks with alternative colors. For instance, if I want my ornament to be silver and gold, I would stack the layers silver then gold, silver then gold and so on.

Step Two: I take a piece of string (one that will be long enough to hang on my tree), tie a knot in it and place it in between six layers of felt (so that it ends up being in the middle of the layers) and secure the circles and the string by sewing them together with needle and thread. Once I do that with the middle, I add the other six layers of felt and sew them in place in the same area too.

Step Three: Next, in order to help create the accordion effect, I sew straight down the middle of all of the circles, making sure that the space between my threading is as even as possible (you might need a thimble for this). 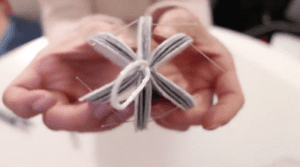 Step Five: This next step is easier to understand if you look at the video (1:08) but then I sew each side of each section at the top (Point A), the middle (Point B) and the bottom (Point C). I do this all the way around the ball in order to create a cool accordion effect. And I’m done!

Helpful Tip: Make sure you choose the color of thread that won’t show up after you’re done. What I mean is if your ornament is going to be blue and red, avoid using white thread (see what I mean?). 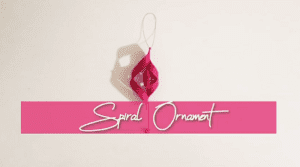 Pen (or Marker) and Ruler

Step One: The first thing I do here is cut out a felt square that is no more than 7cm (or around 3”) wide. Then I draw three more squares (so that it looks like there are squares within the square) inside of it (make sure to use a ruler; that’s the only way to make sure your squares are perfectly even on all sides).

Step Two: I fold the square diagonally so that it now looks like a triangle, then I cut along the lines (that came from making the smaller squares) towards the crease of the triangle. 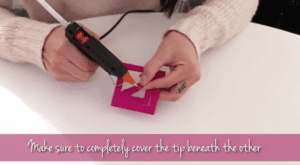 Step Three: (This is another part where the video helps—2:54). With the original square open, I am able to see smaller squares. With my glue gun, from the smaller square to the largest one, I glue the ends of each square to one another, one layer at a time, until I get a literal spiral effect.

Step Four: I complete this ornament by attaching some ribbon and a small ball so that there’s a ball showing at the bottom of the ornament. I also make sure that I have ribbon at the top so that I can tie and knot in it; one that’s long enough to hang my ornament from my tree. Voila! 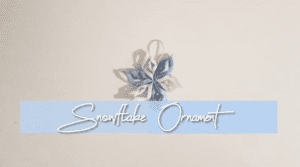 Pen (or Marker) and Ruler

Step One: For this one, the first thing I do is choose three colors of felt. Cut six squares out of each color and then draw three more squares within each square (just like with the spiral ornament).

Step Two: I fold the square diagonally so that it now looks like a triangle. I cut along the lines (that came from making the smaller squares) towards the crease of the triangle.

Step Three: With the smallest square in each square, I take two sides of it and use my glue gun to secure them together. 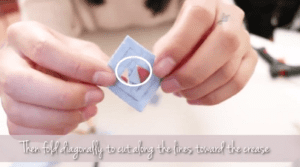 Step Four: I then flip each square over and fold each of their sides, layer by layer, and glue them together. Just like I did the smaller square (only in the opposite direction). I do this with all of my squares until I basically end up with a whole lot of smaller spirals.

Step Five: I assemble all of my little spirals together, making sure that the three colors alternate. I run some thread through the bottom of each tip until they all connect and create a snowflake.

Step Six: Then I sew the sides together, just to make sure my snowflake is nice and secure.

Step Seven: Just one more step. I attach some string (or ribbon) to the top of the snowflake and now it’s ready to go too! 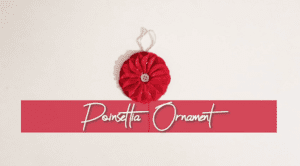 Button (Preferably a Crystal One)

Step One: I cut out 14 small red circles (I’d say silver dollar-size) of felt. Then bend each one into a cone shape and then secure the middle together with my glue gun (think flower petals!). Once I’m done, I’ll have 14 red felt cones.

Step Two: Now it’s time to make bigger circles out of my green felt. In order to do this, I typically use the bottom of a coffee mug. Once I’m done, I move these circles over to the side. (Create as many circles as you need to make as many ornaments as you want!) 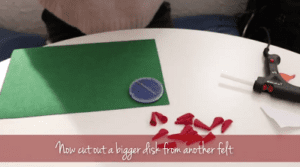 Step Three: Similar to how I did the snowflakes, I take two cones and glue the sides together. Then I take another cone and glue a side of it to a side of the two cones and so forth until I ultimately end up with a corolla.

Step Four: Once I’m done with that, I take one of my green circles and glue it to the back of my corolla.

Step Five: I complete this ornament by gluing a crystal button into the middle of my cute poinsettia. I also attach a piece of string (or ribbon) to it so that this one can hang from my tree too.

Oh and if you have a real life poinsettia at home, check out our tips on how to keep it alive after the holidays! 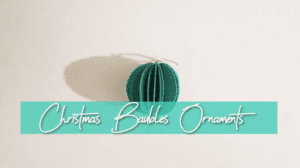 Step One: I cut out 12 circles of felt (any size works but I prefer them to be similar to what the bottom of a coffee mug would make). Then pile them on top of each other.

Step Two: I take a piece of string (or ribbon) and tie a knot at the end of it.

Step Three: I put the string at the top of the circles, halfway through the amount of them. Meaning, I count six circles and put the string on the sixth one and then attach the other six.

Step Four: Next, I sew all the way down the middle of what’s now a “ball” of felt (that’s what will hold all of the pieces together). 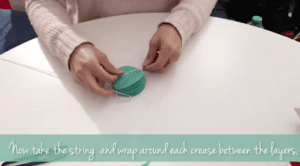 Step Five: I take some string and first wrap it around the middle of the ball (where I just sewed it together). Then I use the same string to go through each layer/crease of the ball; that’s what will eventually create a bauble effect. (Make sure to cut the excess string so that all that shows is the top of the string/ribbon that’s needed to hang the bauble from the tree.)

And just like that, I’ve got another precious ornament that’s ready to hang—and so will you!

Have presents you need to wrap! We can help! Check out our fancy gift wrapping videos!

If you love our videos, we have more! Head over to our channel and check them out! 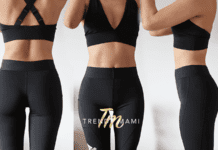 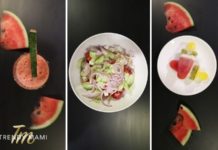 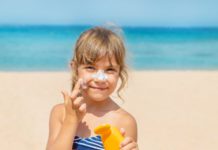